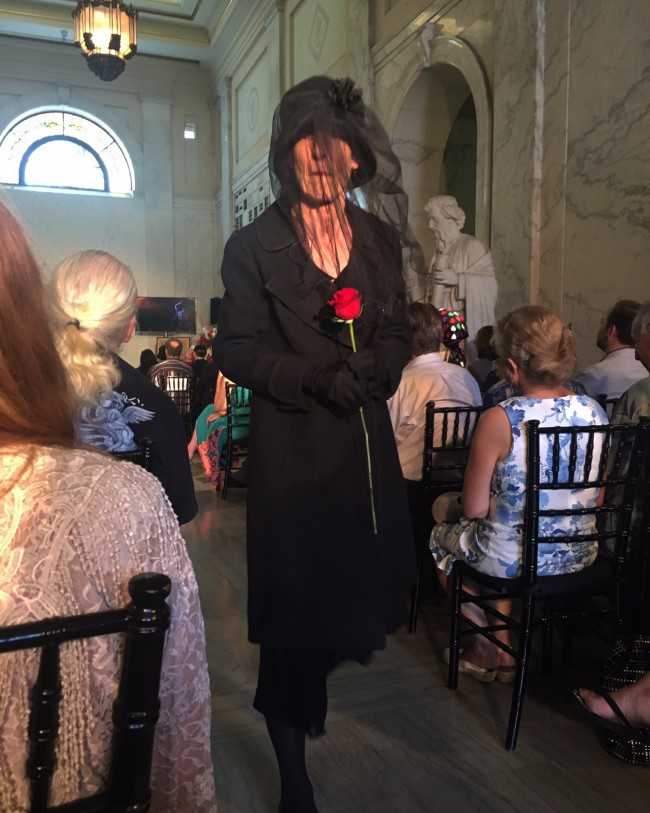 The Woman in Black at the 89th annual Rudolph Valentino Memorial, August 23, 2016

Rudolph Valentino died 90 years ago today, aged just 31 and still smoking hot, and as they have done for 89 years since, his fans gathered at 12:10 pm in the mausoleum at Hollywood Forever Cemetery to pay tribute–songs, praise, sermons about the eternal life of fame.

For decades, a mysterious woman in black would show up at the event, deliver a single rose, and vanish. Her identity was eventually revealed to be Ditra Flame (“FLAH-may”), to whom the gallant actor had been kind when she was a sickly little girl. Flame eventually had to stop attending because so many competing Women in Black began showing up.

At the event today, a film crew jostled to catch everything. The Woman in Black in attendance was chased by two cameramen and a boom mic and cornered as she stood before Valentino’s niche. She might even have been one of them.

But Americans today seem mostly unable to feel empathy for a past they didn’t experience themselves. The ritual may be weird, but I love it. It’s rare to see people work hard to keep a few lights from the past illuminated.

It may seem meaningless or trivial, but it’s a way of recognizing that other lives were just as real as our own. 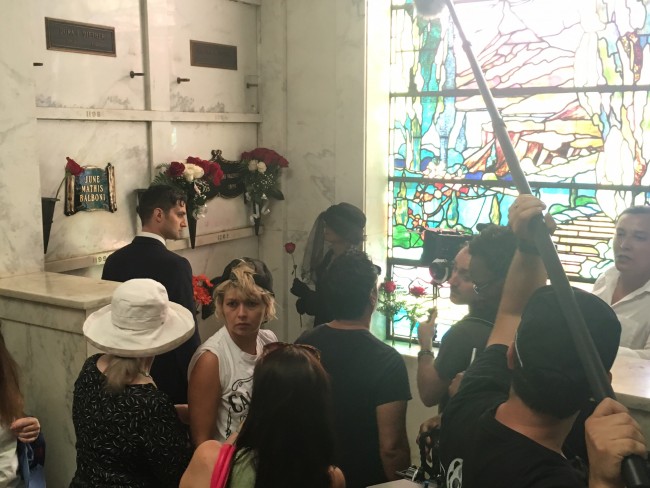 The mysterious Woman in Black waits for the director to get the best shot of her lovelorn penitence. 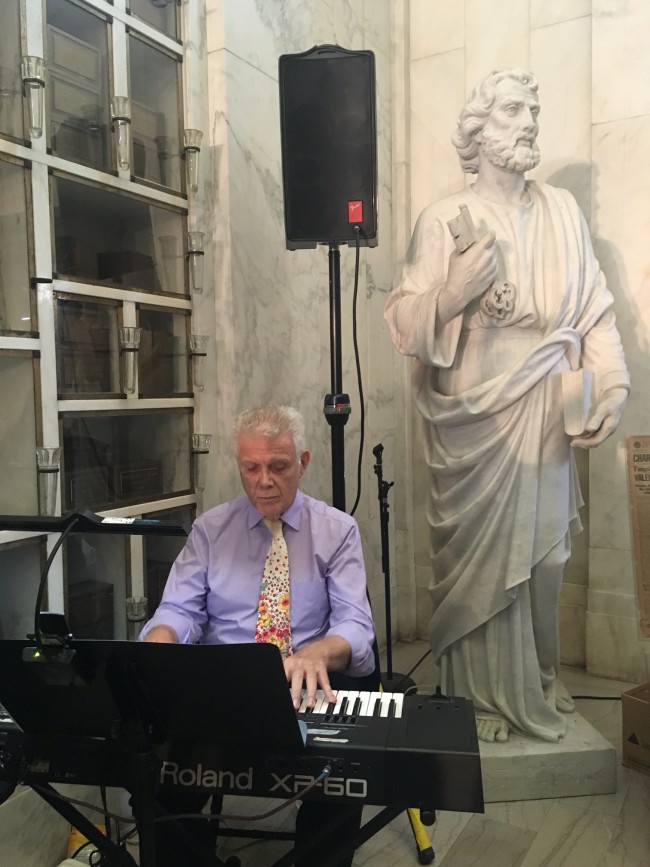 Keyboardist at the Valentino Memorial. Sitting among the ashes of the departed, he played the hits of Andrew Lloyd Webber and “Wind Beneath My Wings.” 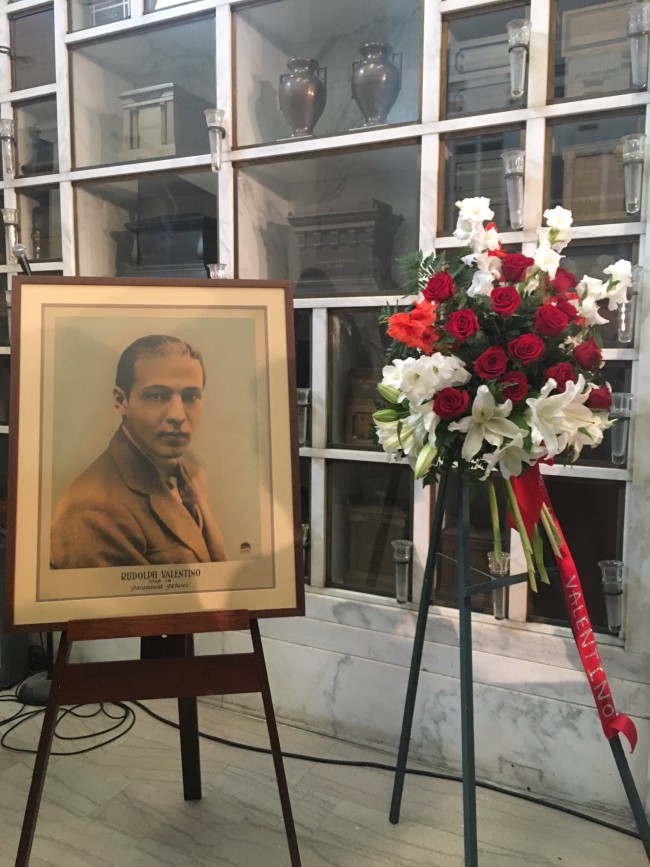 The Heartthrob Remembered near the place of his interment